We have an active junior program supporting youth curlers of all ages. The club has hosted a number of events for children from elementary through high school, partnering with local schools and organizations. There are several juniors participating in weekly leagues and at local tournaments. Our fledgling competitive teams competed in the inaugural Under-18 Championships and Western Regional Junior Qualifiers for Junior Nationals in 2017.

We are set to provide youth programs for both recreational and competitive curling with coaching and training camps to foster the necessary skills and competitive advantage needed to advance teams to a high level of competition year after year.

We are proactively engaging in adaptive curling ranging from wheelchair, auditory restrictions, and intellectual disabilities. We have built relationships with local organizations including the Palo Alto V.A., Center for Independent Living and All Access Sports & Recreation and we seek to develop new relations with other organizations.

A dedicated facility will allow us to expand our wheelchair and adaptive curling program with the following goals:

Our members have received accolade and awards despite the challenging array of conditions related to our facilities. Members have participated in competitive play up to and including the US Olympic Trials. For several consecutive years, SFBACC women’s teams have won medals at the US Arena Curling National Championships, including back-to-back gold medals in 2015 and 2016.

Our specific intent for our competitive curling program includes: 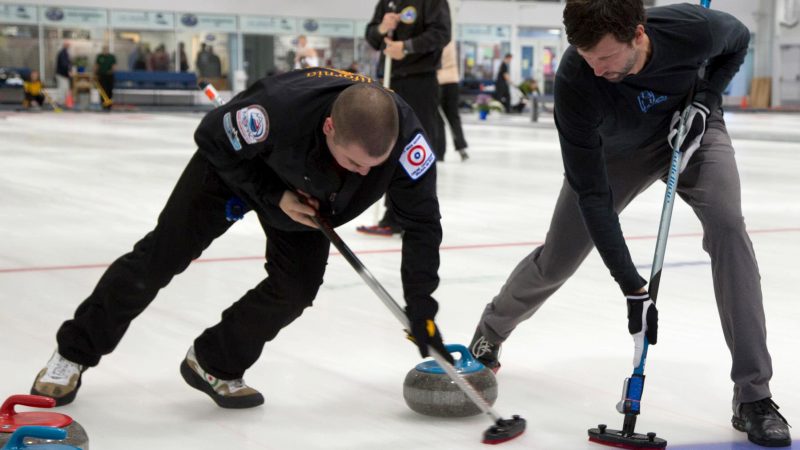 We offer four seasonal leagues at locations around the Bay Area. League play consists of teams with a broad range of experience and ages, including seniors and youth. Leagues provide a social atmosphere for club members and an opportunity to refine skills. Instructional leagues are offered periodically to newer members looking to gain fundamental understanding of the sport. Currently, leagues often fill up quickly leaving curlers without an opportunity to curl every season. 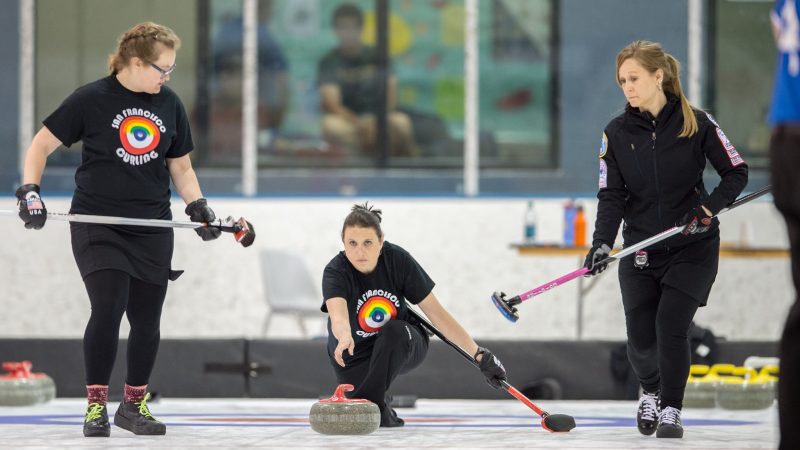 Gender diversity is at the core of our mission. Women made up more than one third of the club’s membership in 2018, and our female curlers have consistently achieved competitive success, including 2 Gold, 1 Silver, and 2 Bronze medal finishes at the US Arena Curling Championships since the competition was established in 2013. A dedicated facility will allow us to expand local curling and training opportunities for women beyond our current open-gender leagues. We are a proud supporter of the US Womens Curling Association. 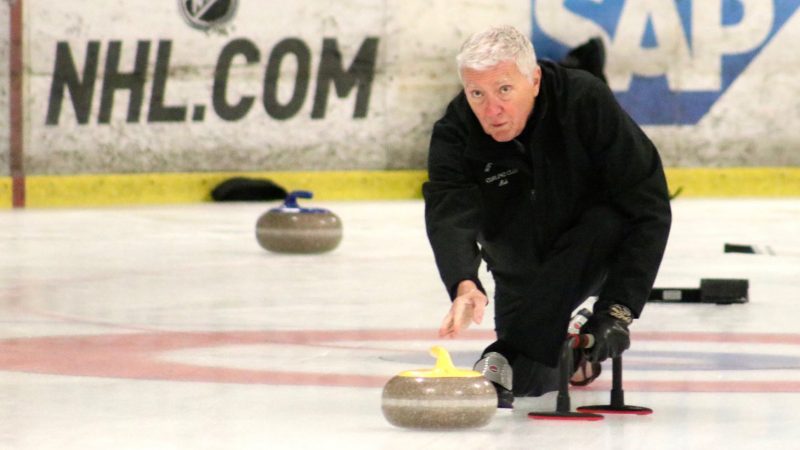 Curling can be enjoyed at any age, with our active members ranging from 6 to 83 years old. More than 14% of members who gave their age in 2018 are over 55, and several have participated in senior competitions at the national level. With the additional ice time afforded by a dedicated facility, we will start a seniors-only league and increase outreach to get more local seniors involved. 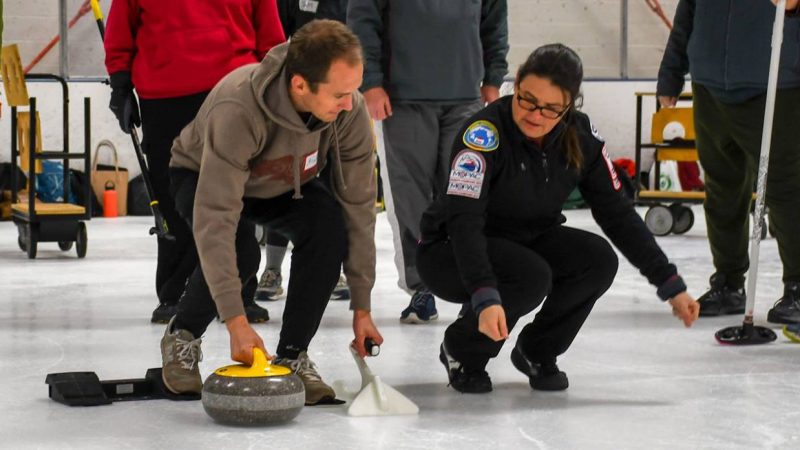 Learn-to-curl clinics (LTCs) are offered on a regular basis throughout the year. These clinics introduce the basic skills and principles of curling to participants concluding with a friendly scrimmage. Through LTCs, we have introduced curling to thousands of individuals, including over 2,300 who registered during the 2018 PyeongChang Olympics. The club also offers a lesson series with classes taught by United States Curling Association (USCA) certified instructors and consist of on- and off-ice instruction. The lesson series is a great transition from a LTC to recreational leagues. 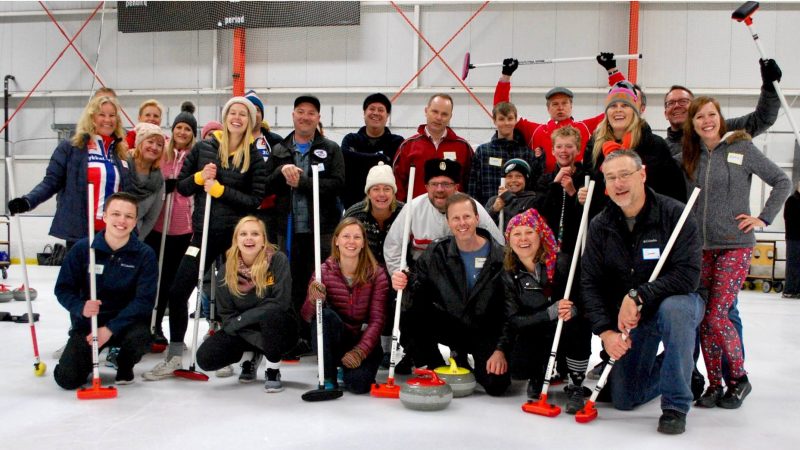 Similar to LTCs, the SFBACC offers sessions to corporations and private parties to experience curling. The SFBACC annually conducts hundreds of corporate events, teaching curling to thousands of employees from the Bay Area. Curling’s focus on teamwork, communication, sportsmanship and camaraderie make it an excellent team building opportunity. 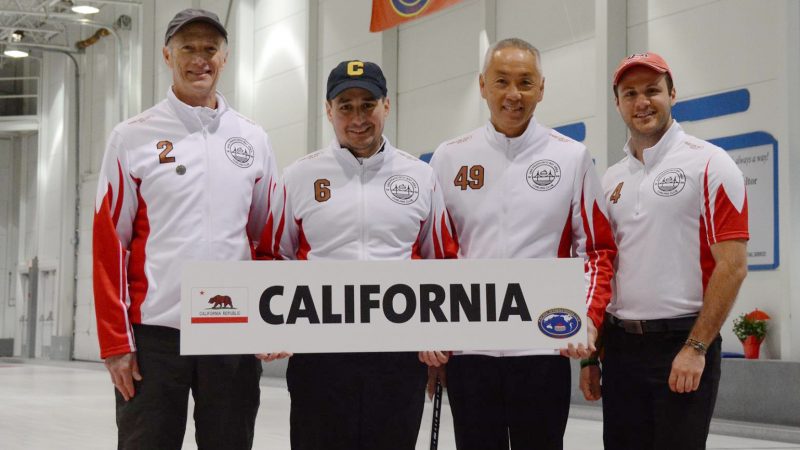 The SFBACC hosts an annual tournament, the Golden Gate Bonspiel, over Memorial Day weekend bringing together 32 teams (128 curlers) from across North America and beyond. SFBACC seeks to host tournaments sponsored by USA Curling, the US Women’s Curling Assiciation, and the Mountain Pacific Curling Region.

The San Francisco Bay Area Curling Club’s mission is to expand the sport of curling and train athletes of all ages and abilities. We are the oldest arena ice club in the fastest-growing curling region in the country and we have been recognized as a national leader in training new curlers and expanding the sport across a diverse population.